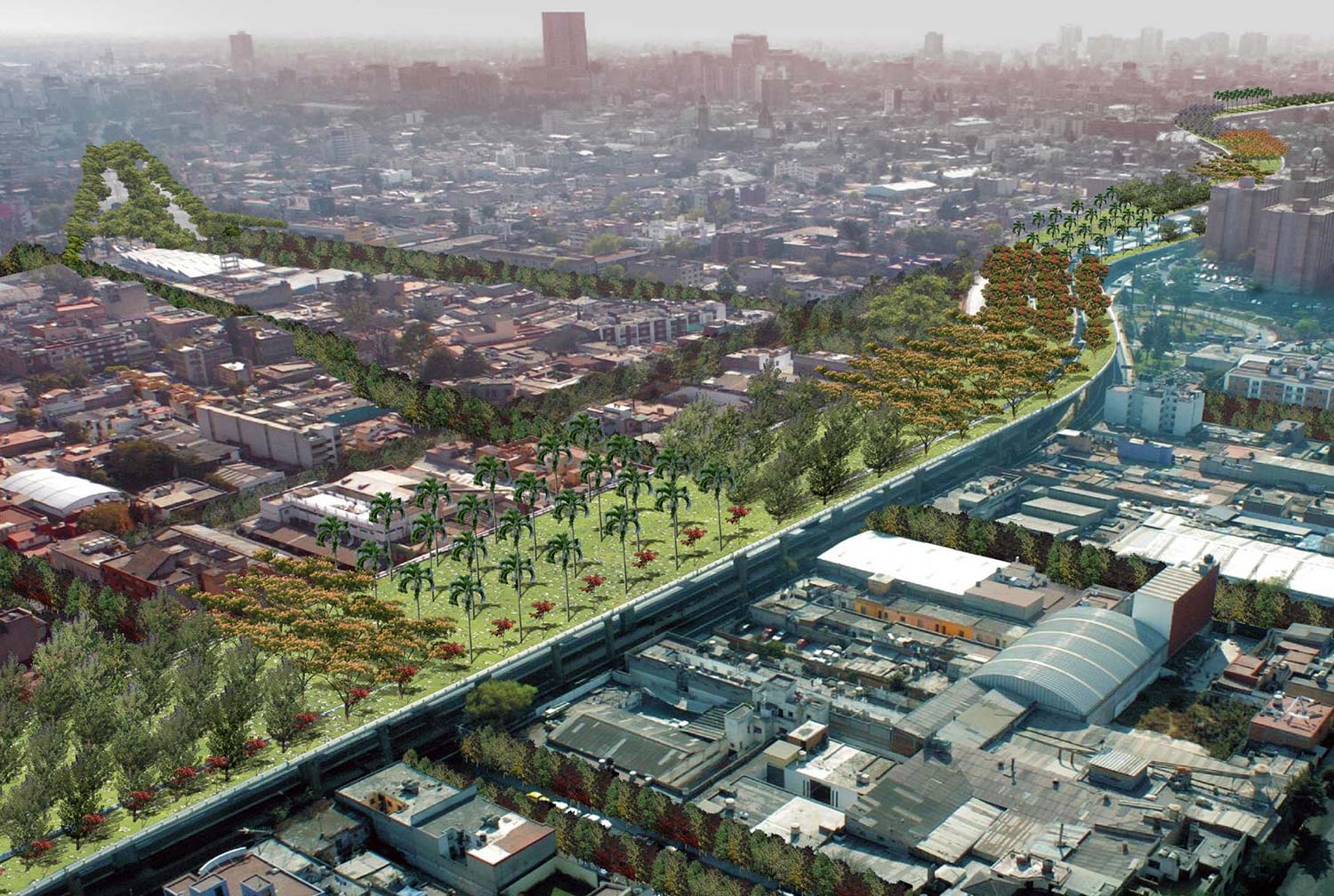 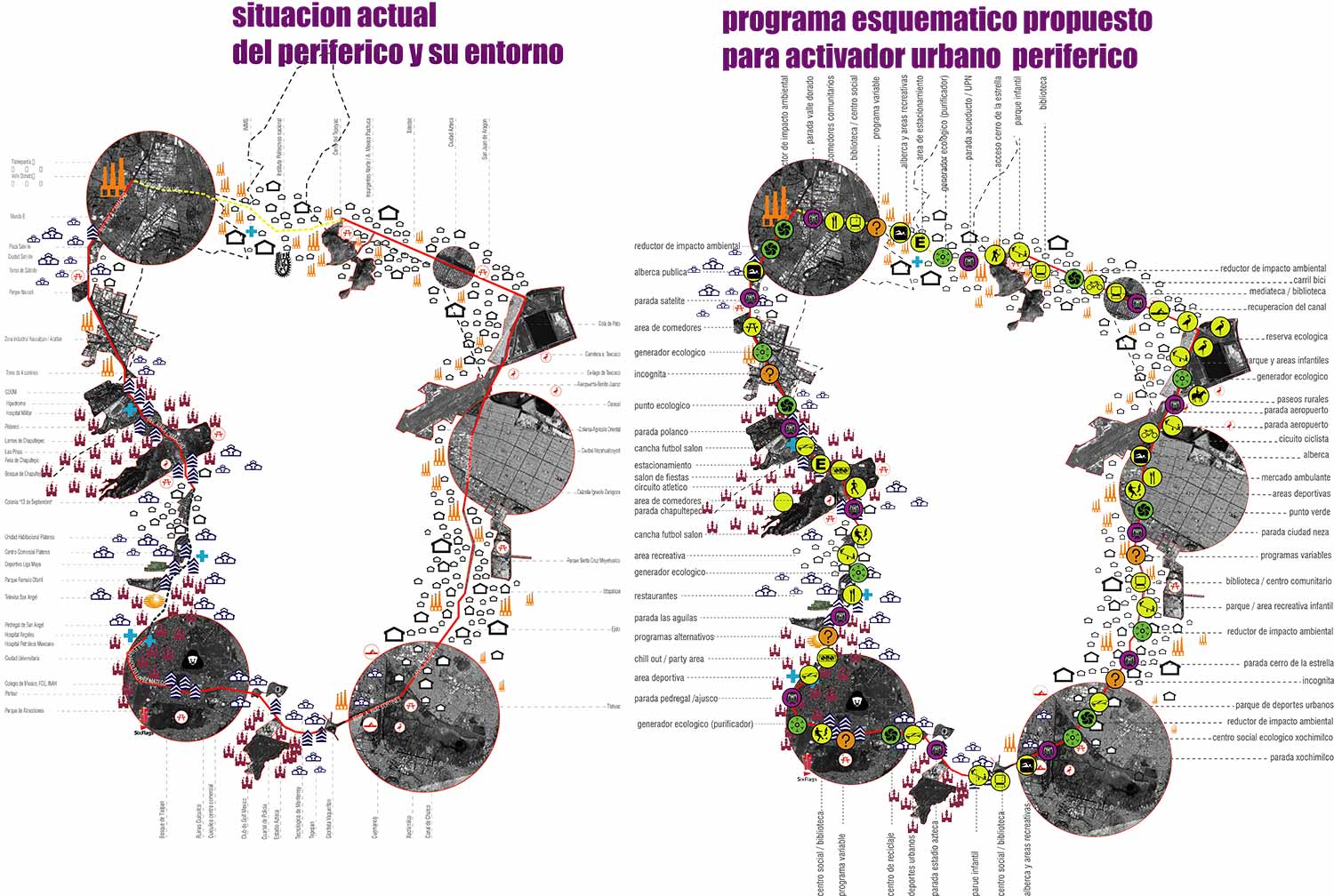 The proposal seeks to work with the existing structure of the secondary peripheral road of Mexico City, with a proposition to reuse this infrastructure as a new urban space for the city. The first approach is to imagine a series of scenarios through which we can transform the 66,000m2 of road surface which is currently only used by those living in the area and their private vehicles. Respecting the existing structure, the project will pose alternative programs in order to re-activate the infrastructure and provide more spaces for relaxing in the fast-paced environment of Mexico City.

With the knowledge that the road system will be continually evolving and that any infrastructure of this kind will cease to function when it becomes saturated, it is important to foresee the limited shelf-life of these secondary roads. If we analyse similar cases such as Boston or Tokyo we can see that after an initial period of use, these hastily built systems are eventually dismantled and substituted for alternative transportation methods, resulting in vacant space which can be reused and reprogrammed for public use.

In the case of the secondary peripheral road of Mexico City, specialists have found that it suffers from technical faults which affect its efficiency and shorten its life expectancy. Therefore, we should start thinking about how we can transform the surface so that it can remain a useful part of the city fabric.

Comparative studies of highways in other cities have also exposed that the construction of these infrastructural elements inevitably results in fractures in the urban fabric which alter urban growth on a grand scale. Therefore, it would be desirable to implicate strategies to our scheme which can mitigate these harmful effects.

The proposed project is not intended to question the existence of this expressway, nor delve into the controversy. It simply seeks to propose hypothetical scenarios for reuse which will allow us to reflect on the possibilities of reprogramming urban space. 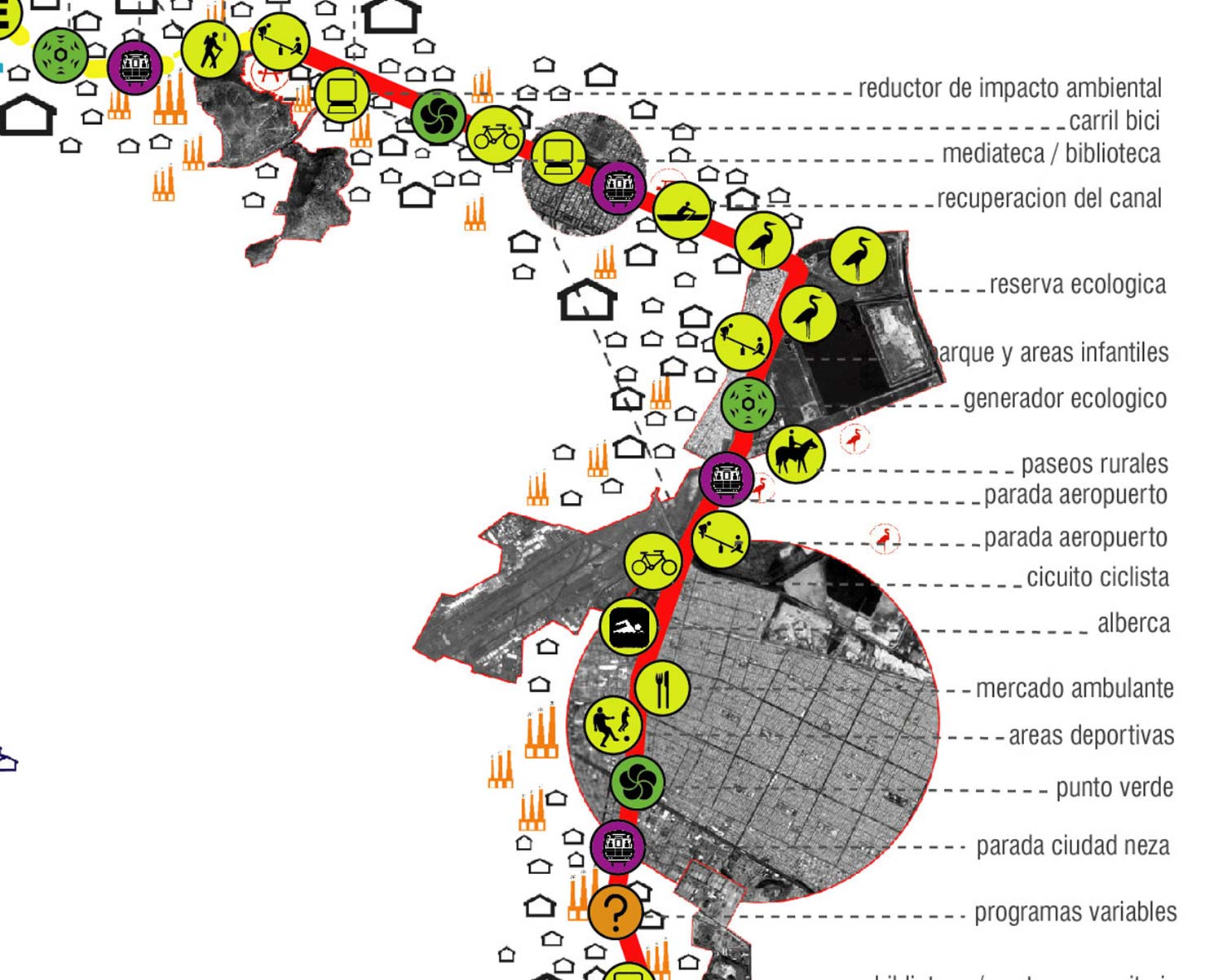 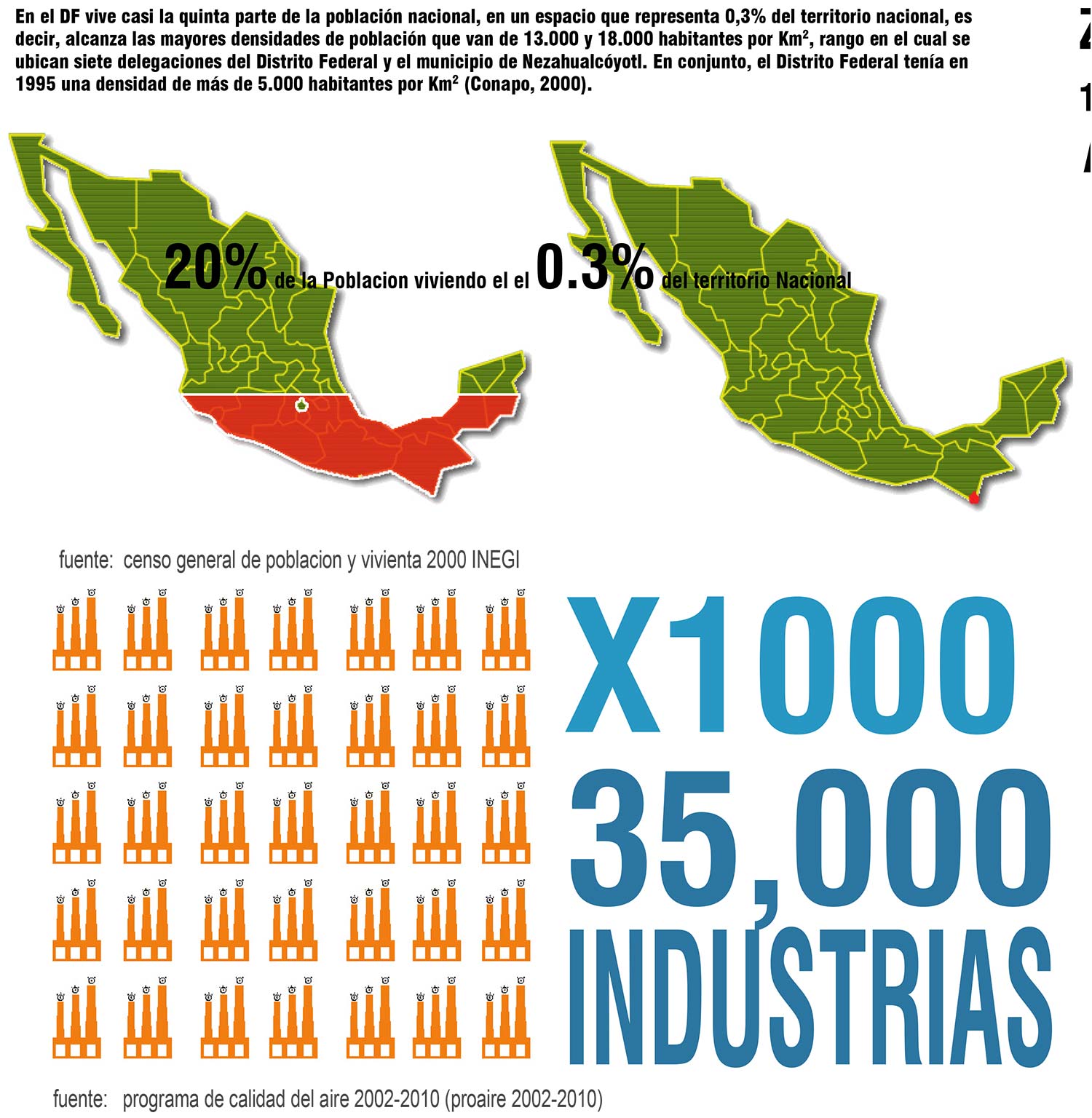 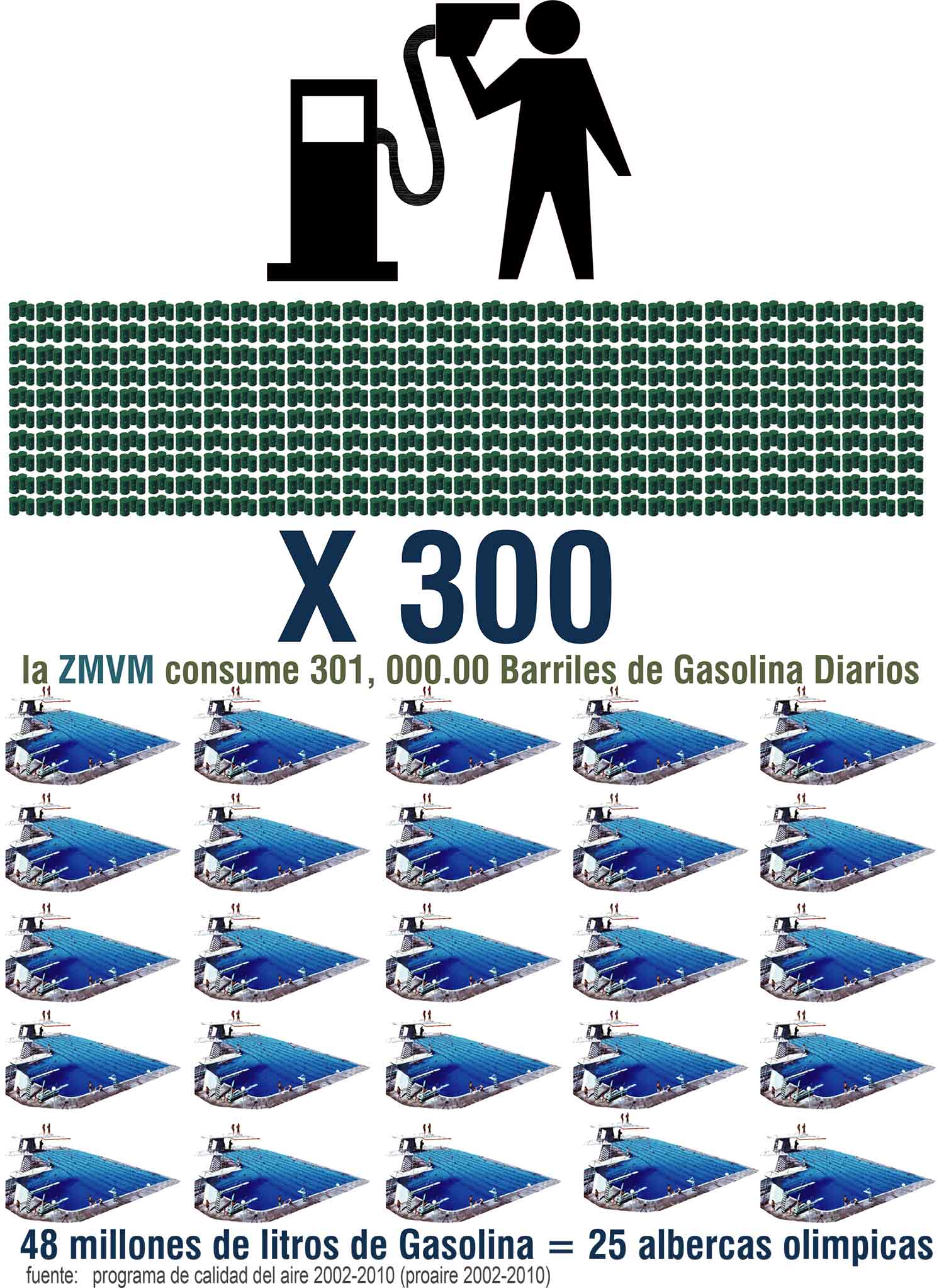 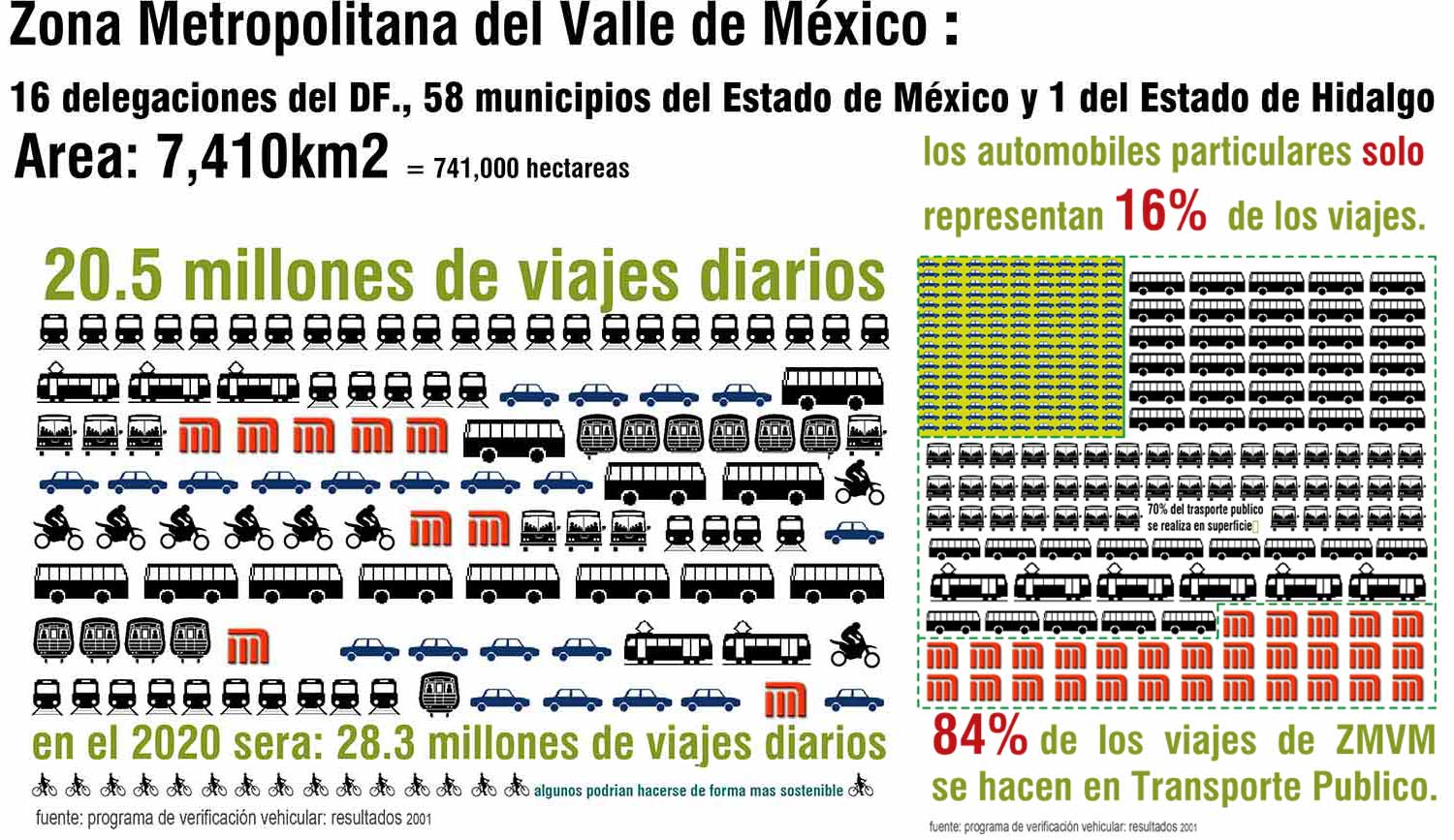 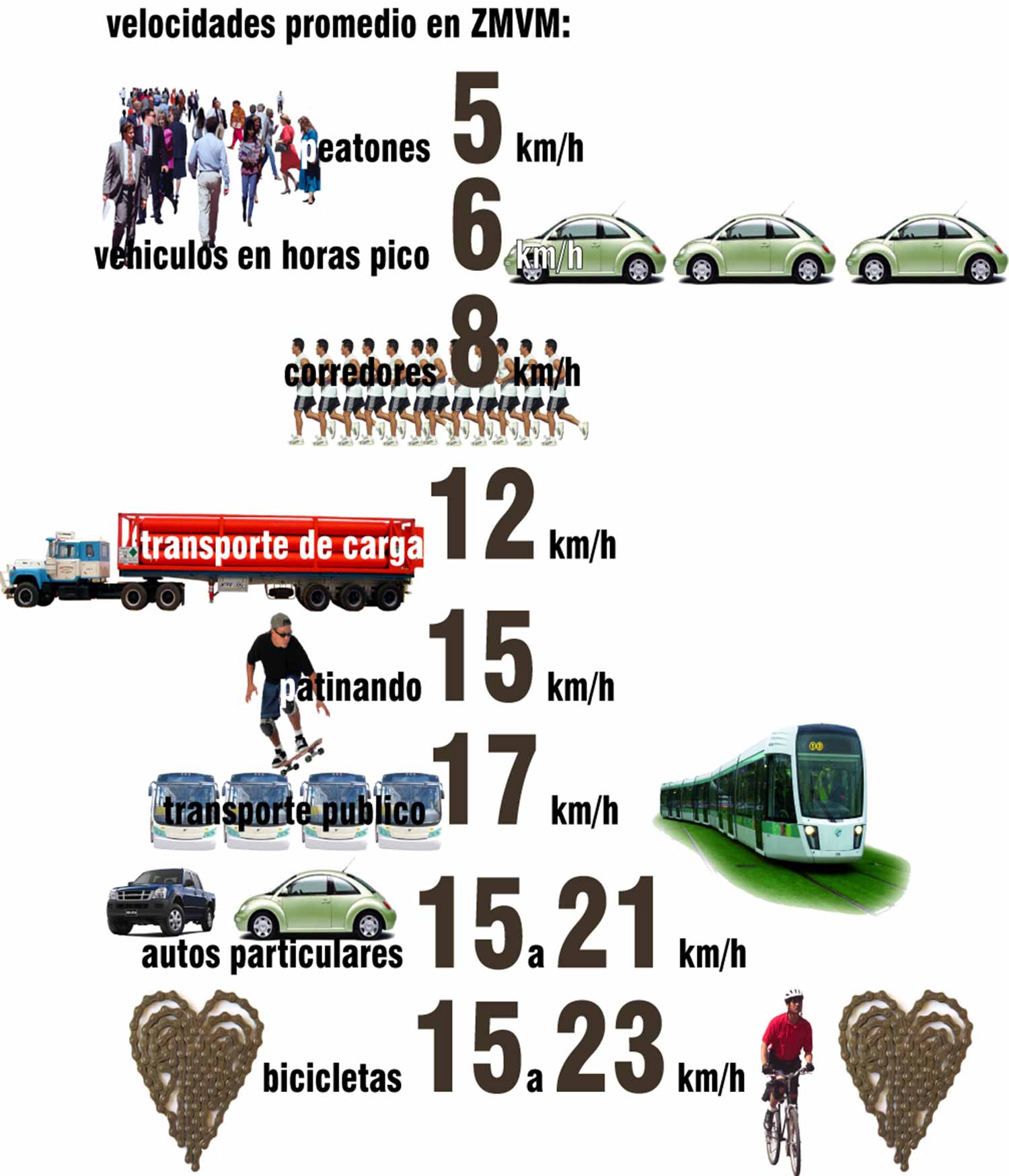 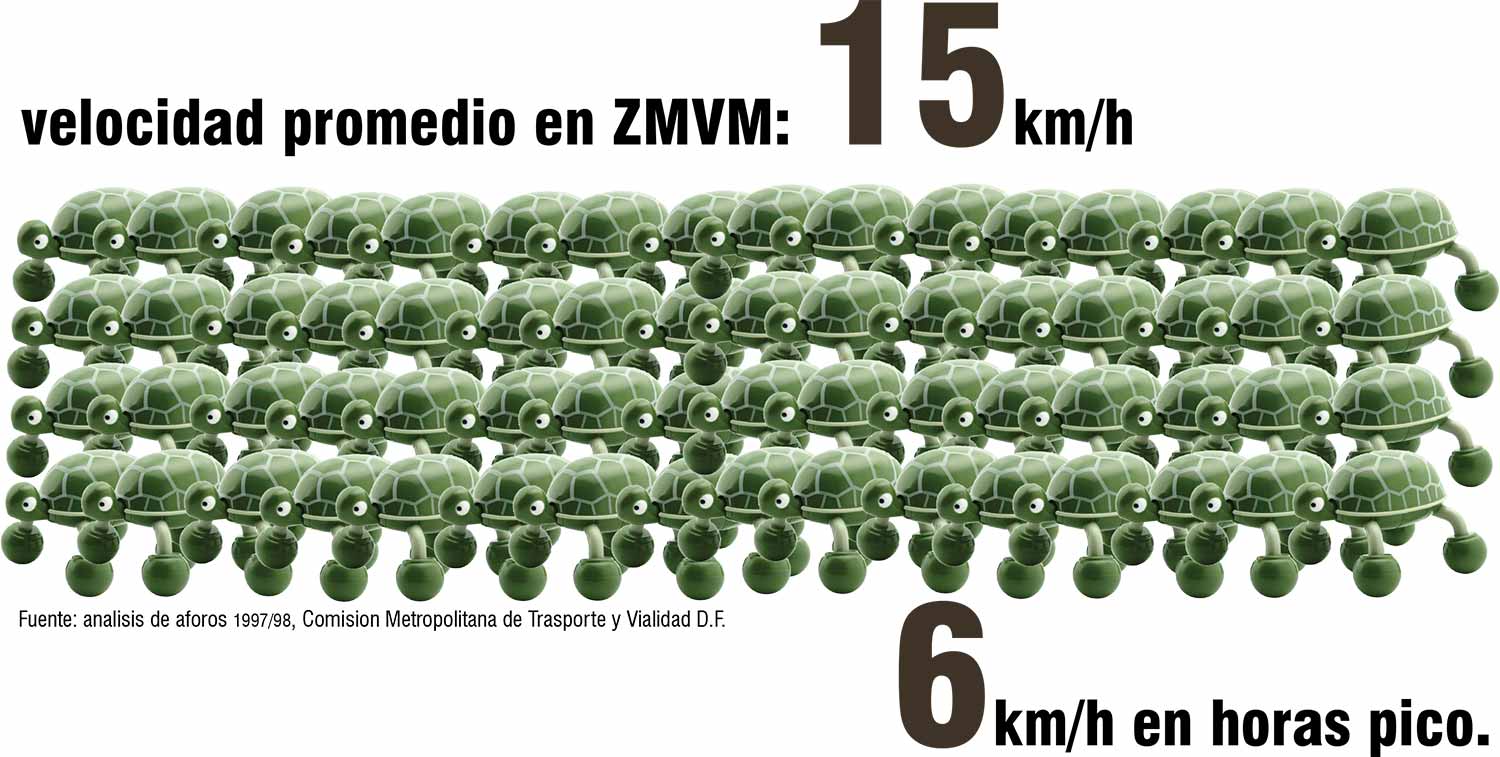 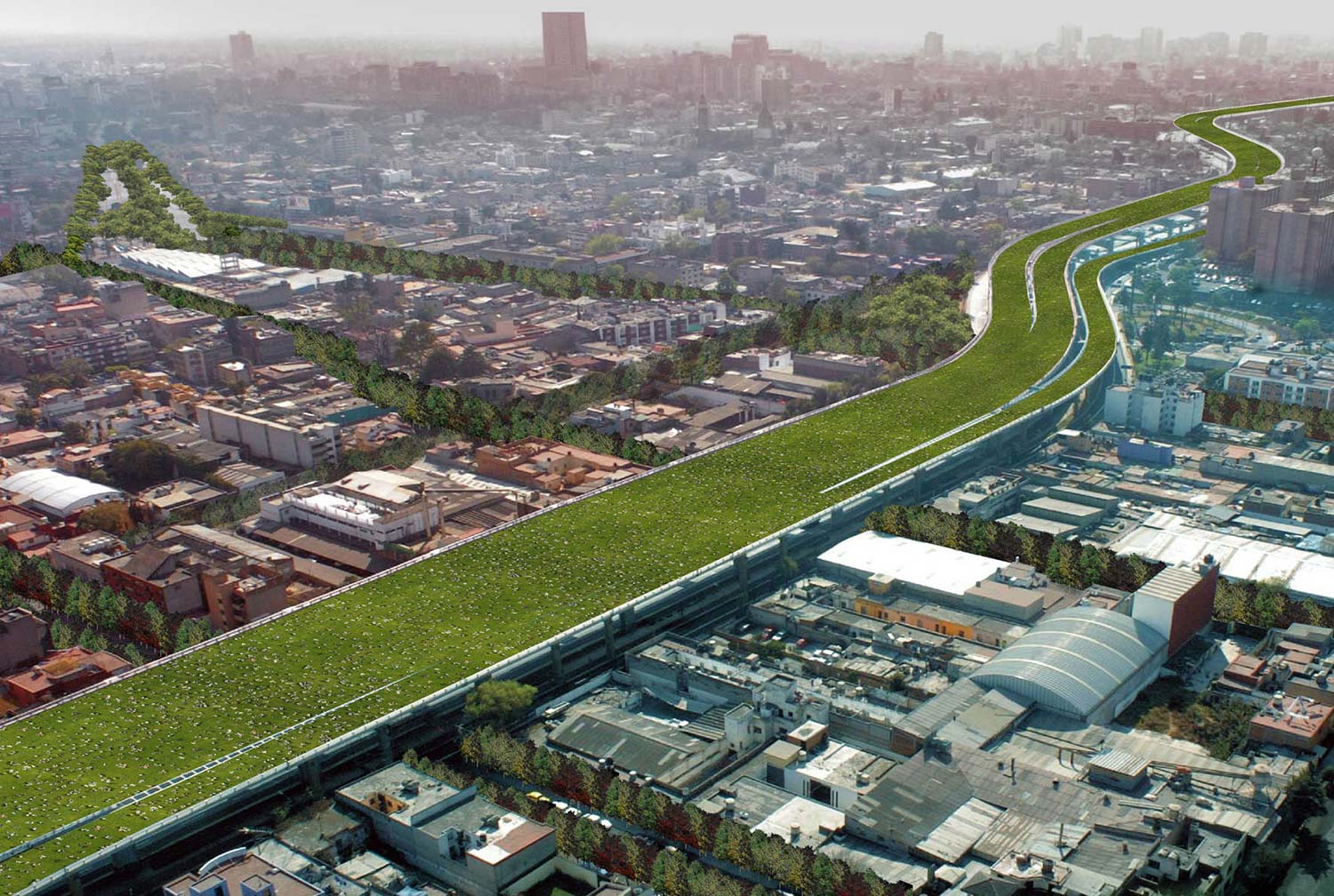 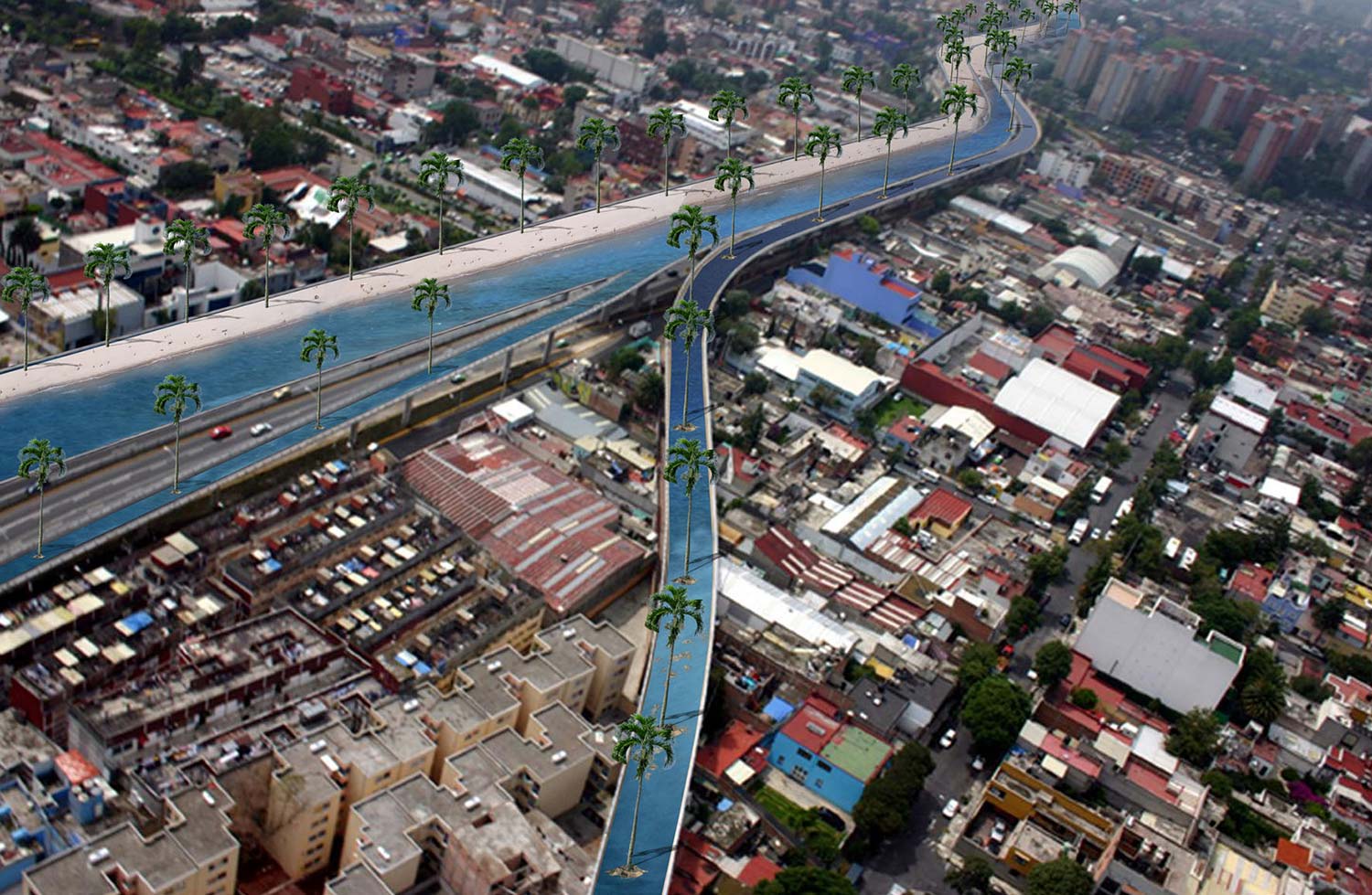 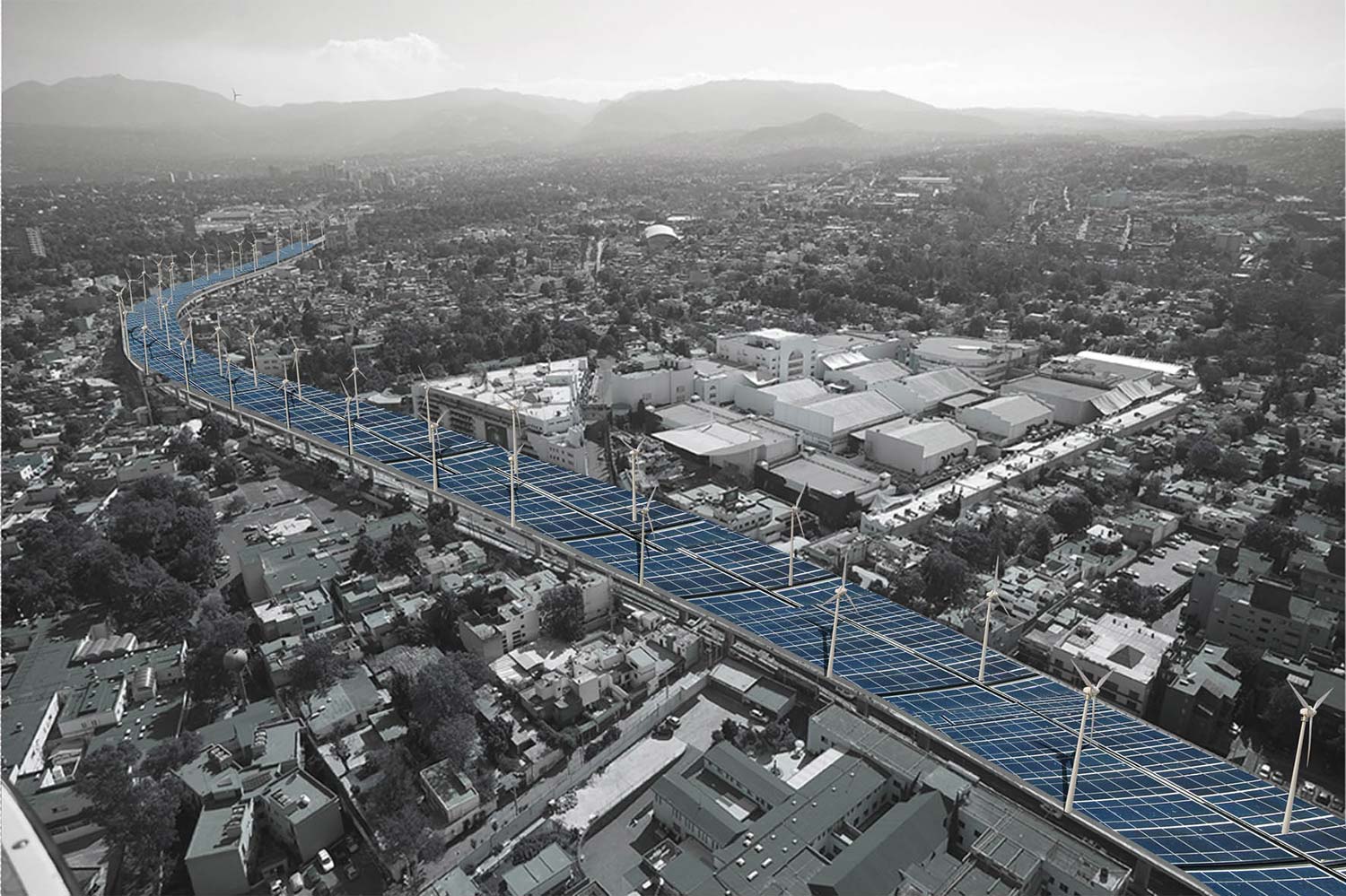 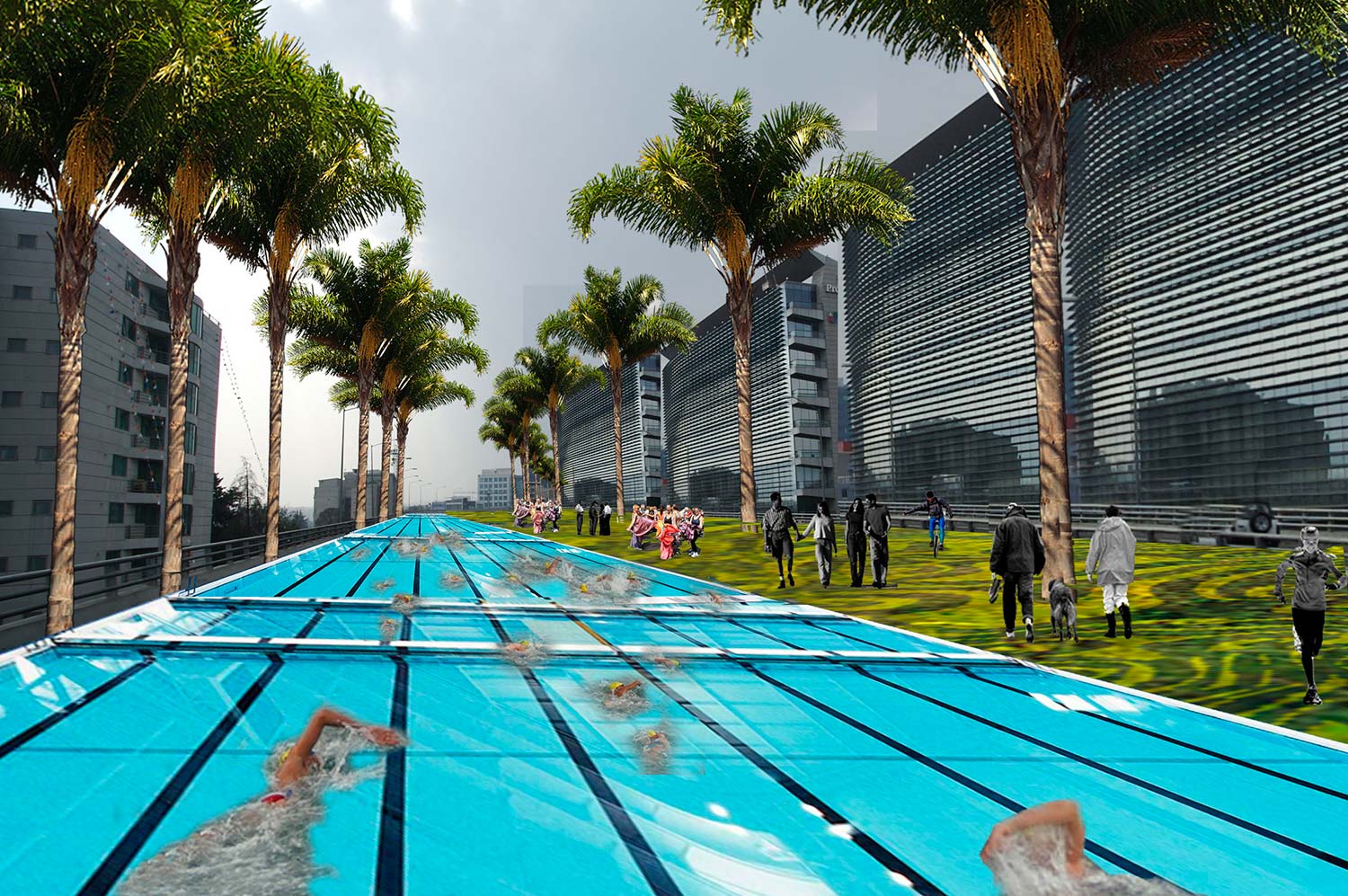 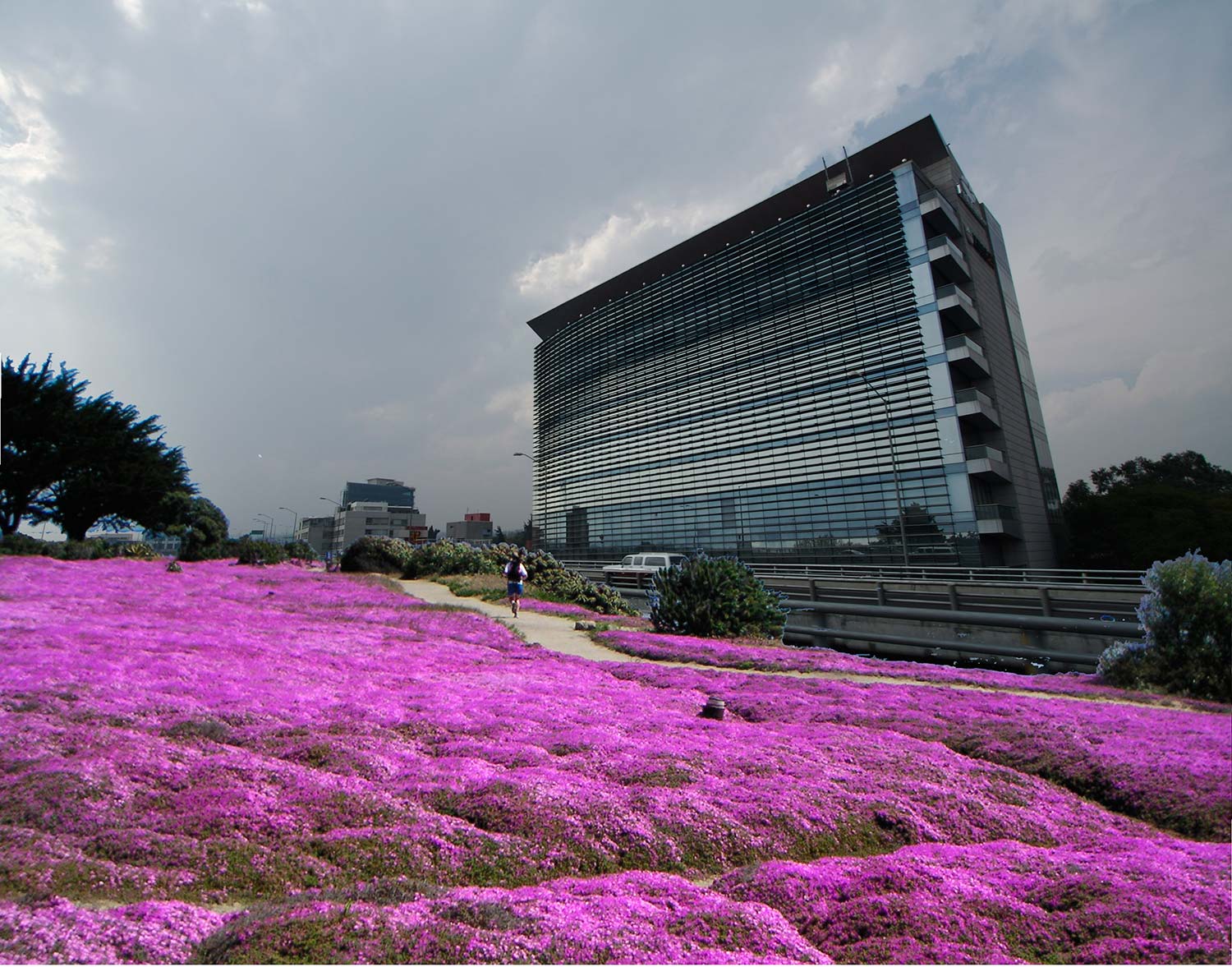